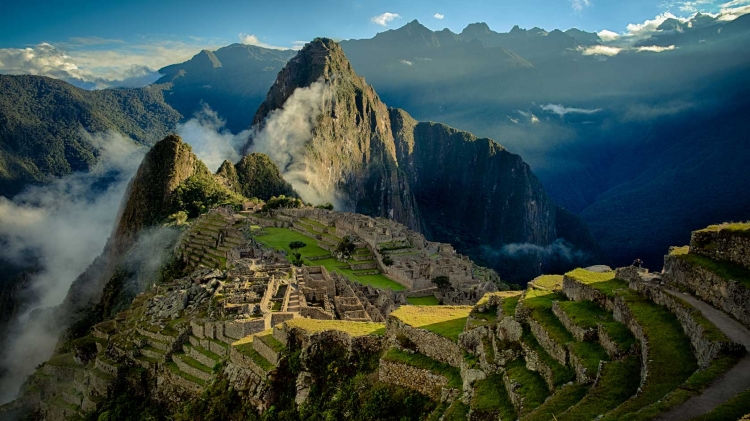 Historical line that led to the international Court of the Hague

Peru
In 1986, Peru started talks about the lack of a maritime boundary with Chile. Ambassador Miguel Bakula traveled to Chile to discuss the issue by presenting a memorandum. Chile responded that it needed to study the subject.

• In 2000, Chile for the first time talked about the existence of a maritime boundary starting at the coast and then proceeding along a parallel of latitude. Chile presented its nautical chart to the United Nations stating that the Landmark (Hito) N ° 1 is the baseline that delimitates the maritime boundary. Peru denied this claim and informed the UN that it has not entered into nor recognized any boundary agreement with Chile. Until then neither Chile nor Peru had recognized the competence of the International Court of Justice.

• In 2003, Peru recognized the compulsory jurisdiction of the International Court of Justice.

• In July 2004, Peru, through a diplomatic note, proposed the start of negotiations on a treaty establishing the maritime boundary under international law, ie by an equidistant line. It also proposed a period of sixty days to start negotiations. Shortly before the deadline, Chile refused to negotiate.

• Peru issued an official statement in which it states that Chile’s refusal put an end to attempts to engage in diplomatic negotiations and consequently the country is ready to take the case to the International Court of Justice.

• Peru announces that, pursuant to Article XXI of the Pact of Bogota, Chile and Peru have recognized the compulsory jurisdiction of the International Court of Justice and that Peru will take the case to The Hague court based on this standard.

• The same year, Peru and Chile formally recognized the existence of a legal dispute over the maritime boundary through the Joint Statement of the Foreign Ministers Rodríguez Cuadros and Walker in which they accept the jurisdiction of the International Court of Justice thus opening the legal process that ends today

• In 2005, Peru approved the law on baselines of maritime domain which governs Section 54 of the Constitution. Peru herein set the projections of its 200 nautical miles and the limits thereof. Chile initiated a series of international efforts in the U.S. government and the region, indicating that our country sought to ignore the border treaty.

• In 2007, after an initial stance of keeping the maritime issue with Chile in the status quo and after several marches in Lima and Tacna, the Garcia administration decided to bring the issue to the International Court of Justice.

• On 16 January 2008, Peru filed an application with the Court requesting the appropriate maritime delimitation of the two countries.

OUR TEAM OF LAWYERS

Representing Peru before the International Court of Justice are specialists in international law and Peruvian diplomats and experts who worked on this issue since the development of the Peruvian lawsuit.

He was a member of the Permanent Court of Arbitration at The Hague (1977-1996) and former member of the Supreme Court of Justice. He was ambassador of Peru in the United States (1991-1992)

OUR TEAM OF LAWYERS

Representing Peru before the International Court of Justice are specialists in international law and Peruvian diplomats and experts who worked on this issue since the development of the Peruvian lawsuit.

Agent of the Peruvian State

Co- agents of the Peruvian State

A career diplomat. Foreign Minister (2006-2011). During his tenure Peru took the case to the International Court of Justice.

A career diplomat. Delegate of Peru at the Third UN Conference on the Law of the Sea and Foreign Minister’s advisor for Law of the Sea Affairs (2003-2007)

A career diplomat. Minister Counselor. She has a Master in International Maritime Law from the Maritime Organization Institute (Malta) Author of the book Consideraciones para la Delimitación Marítima del Perú (Considerations for Maritime Delimitation of Peru). She was the Foreign Minister’s advisor for Law of the Sea Affairs (2007-2009)