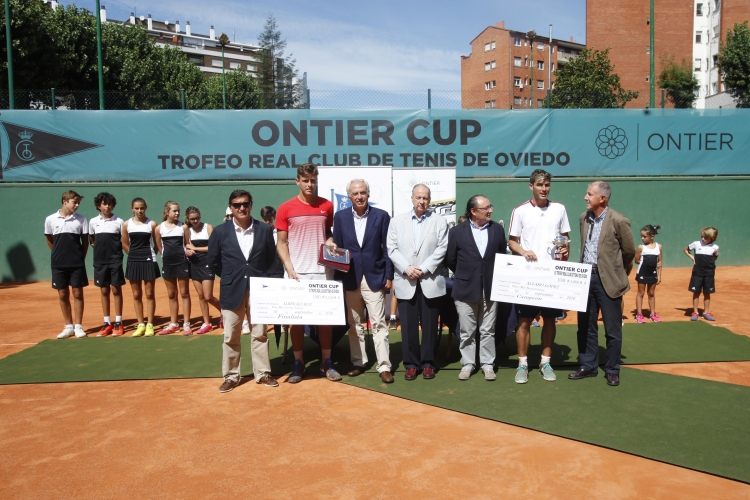 Spain
The final of the first ONTIER Cup was held last Saturday at the Club de Tenis de Oviedo.

The tournament, which will be sponsored by our firm for the next five years, came to an end in a thrilling final between Albert Alcaraz and Álvaro López, who ended up winning the match 7-5, 6-2.

Mr Eutimio Martínez, Managing Partner of ONTIER in Oviedo and Juan Avendaño, sports consultant of ONTIER and former Spanish Davis Cup Team Captain, attended the ceremony on behalf of ONTIER. Other members from our firm also wanted to attend the final, such as Bernardo Gutiérrez de la Roza, Severino Fernández, Daniel Rodríguez Ruiz de Villa, José María Crespo, Pelayo García-Bernardo, Fernando Díaz-Meredith, Marío Reglero and Beatriz Zábalo, among others. After the prize ceremony, some of our clients and partners took part in a clinic with Juan Avendaño and Roberto Menéndez, former champions of this tournament.