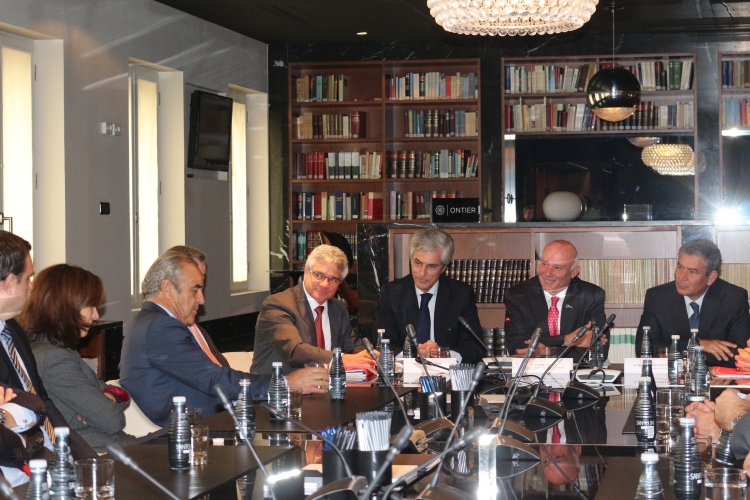 Spain
Last Thursday, 20th October, Eduardo Ferreyros, Perus Minister of Foreign Trade and Tourism, made a stop at ONTIERs office in Madrid during his international tour focused on promoting investment in Peru.

During his visit to the global HQ of the law firm, which has a presence in a large number of Latin American countries, the Minister, who was accompanied by Reynaldo Adolfo Hilbck Guzmán, Governor of the Piura region of Peru, highlighted the excellent economic and political stability currently enjoyed by the country. 'We have experienced 17 years of growth, almost continually at 8% annually, and on occasion even reaching 11%. Maintaining these figures is fundamental for fostering private and foreign investment.' The Minister also underlined the important role played by Spanish business, currently the main source of investment in the country.

For his part, the Governor of Piura, Reynaldo Adolfo Hilbck Guzmán, also emphasised the great wealth and investment possibilities offered by the different regions of the country, especially in sectors such as infrastructure, construction, water and sanitation, etc. This diversity, he pointed out, is fostered by the maturity of the country. 'Peru enjoys great political maturity and stability, with noteworthy respect for investment and the rule of law,' said Hilbck Guzmán. This environment is further promoted by central government through the recent creation of spaces of coordination between national, regional and provincial authorities aimed at facilitating investment projects.

The event was attended by more than 30 important Spanish companies from diverse sectors (infrastructure, transport, water and sanitation, etc.) with a presence and interests in Latin America.