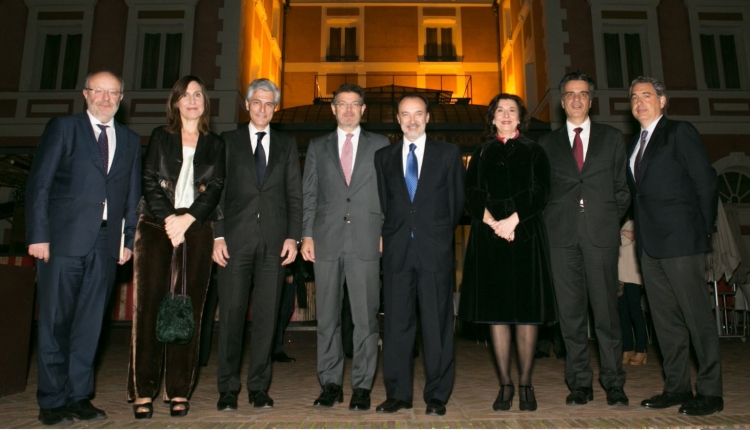 Jesús Gracia with members of ONTIER and the Business Council Alliance for Ibero-America in the event.

ONTIER and the Business Council Alliance for Ibero-America (CEAPI) have paid tribute to Jesús Gracia, former Secretary of State for International Cooperation and for Ibero-America and new Ambassador to Italy. The event took place in Casa de América, Madrid.

Jesús Gracia, Law and Spanish Philology graduate, was Spain's Ambassador to Cuba. He was Counselor for Technical Cooperation at the Spanish Embassy in Costa Rica and Head of the Vice-presidency Department of the Institute for Ibero-American Cooperation (ICI). He formerly worked as General Secretary of the Spanish Agency for International Development Cooperation (Aecid) and as Minister Counselor at the Spanish Embassy in Buenos Aires. You can check out more details about him at this article by Heraldo (ES).