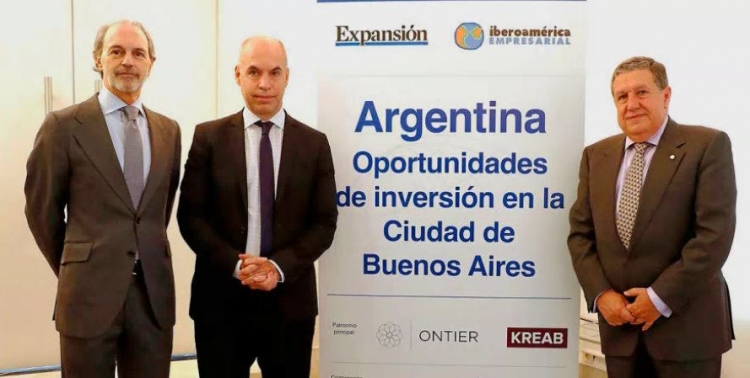 Ibero-America in Business Forum: Buenos Aires Seeks to Become the Capital of Talent

During the latest meeting of the Ibero-America in Business Forum, organised by Expansión and sponsored by ONTIER and Kreab, Horacio Rodríguez Larreta, Mayor of Buenos Aires (Argentina) stated: 'Money's not the world's scarcest asset: it's talent. And I want talent to choose Buenos Aires.'

Rodríguez Larreta is determined to turn Buenos Aires into Latin America's hotspot for innovation and creativity. The creative industry currently makes 10% of the city's GDP, and the Government pursues to make it a 20% by 2026. That's why 5 years ago the Government promoted an IT district within the city, and today over 200 companies have settled in the city to carry out their daily activities.

As a result, the Real Estate sector has grown dramatically in the last few years: now 1 sqm of office space in the IT district equals the price of 1 sqm in downtown Buenos Aires. Real Estate is currently the hottest sector for business opportunities: 35% of the Government's budget has been allocated to public works, which makes over 100% more than the record it reached back in 2014.