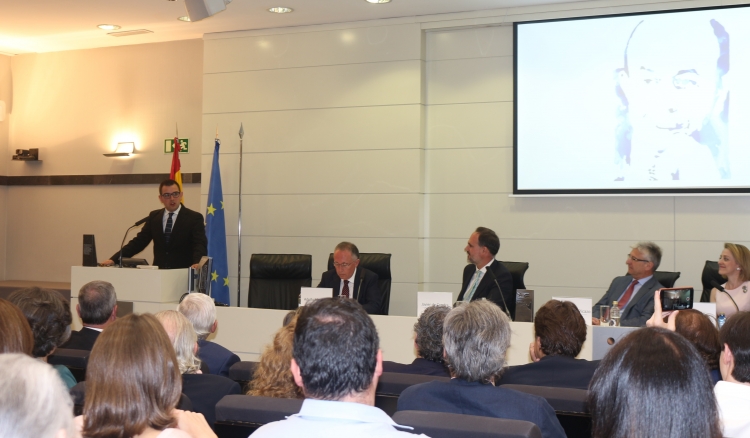 Spain
The awards ceremony of the 11th Edition of the José María Cervelló Awards for Business Law was held last week at the Auditorium of the IE Business School. Through this award, organised by the IE Law School and ONTIER, 30,000 are donated by ONTIER in order to promote legal research and studies, as well as to enable the access to LLM programs at the IE Law School for people without the required financial resources.

This year's topic for the projects was 'Brexit: Legal implications for companies. Legal framework during and after Brexit. Special focus on transitory rules regarding contracts, corporate transactions and litigation.' This year the winner is Galician Lawyer Alberto Escobar with his work: ''And here remain with your uncertainty!': The consequences of Brexit for Business Law'.

María del Pilar Galeote, Director of the José María Cervelló Chair, highlighted the quality drafting of the projects submitted, both in their technical and legal accuracy and in the sources and references selected. Then Adolfo Suárez Illana, International President at ONTIER, explained that the firm is sponsoring the Cervelló Awards since 2004 in order to promote top quality legal research.

The Cervelló awards were created to pay tribute to Mr. José María Cervelló, entrepreneurial and pioneering figure in the development of International Law in Spain. Javier de Cendra, Dean at the IE Law School, noted that this award seeks to remind of José María Cervelló's essence, promoting innovation while spreading legal knowledge. 'Lawyers must be entrepreneurial, innovative, enterprising and diligent' explained de Cendra.

Alberto Escobar Rivas is a Law graduate by the Santiago de Compostela University, with the highest grade of his class and awarded the Extraordinary Prize. He's currently studying a MA in Law (Magister Juris) at the University of Oxford, as a scholar at Lady Maria Allen and Linares Rivas. During the academic year 2015-15 he did an internship at the Corporate and Labour Law Department of the University of Santiago de Compostela. During the academic year 2014-15 he was the President of the Compostela Debate Group and he's got several awards for his speaking and discussing activities at a national and international level.