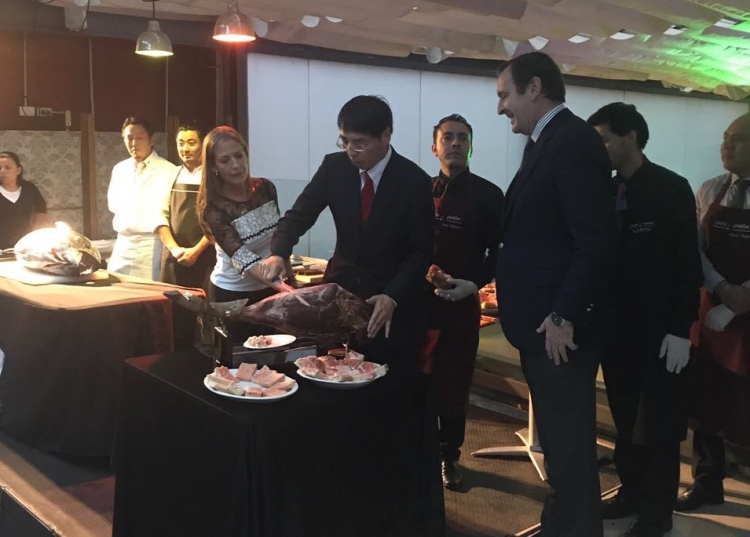 Both the Ambassador of Spain and the Ambassador of Japan to Mexico attended the event, joined by a wide range of business representatives coming from companies from both countries and member companies of the chamber of commerce. The purpose of the event was providing a meeting point for enjoying the most emblematic products of the Spanish and Japanese cuisine: Atlantic bluefin tuna and Iberian ham.