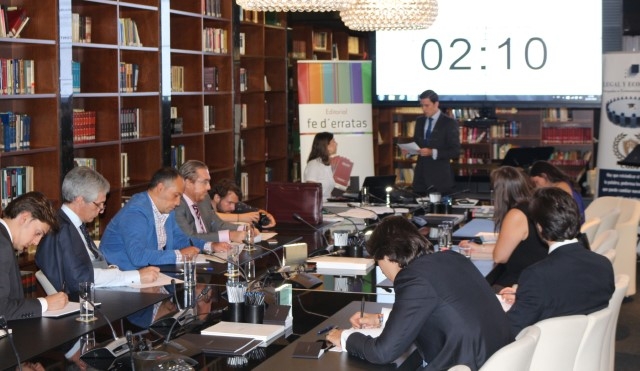 Spain
The quarter-finals will be held today at ONTIER Madrid.

The University Judicial Debate Master Cup gathers the six best teams of the Legal Runway Cup held in Córdoba, Madrid and Barcelona, in a competition to become the next winners of the II National League of Legal Debate. Moreover, the participants will compete individually for the Best University Legal Professional of Spain 2017 Award. The 6 teams taking part in the cup are the Debate Club CDU of Córdoba, the Association of University Debate of Málaga 1, the School of Debate at the Cánovas Foundation, the Association of University Debate of Málaga 2, the Montpellier Debate Club, and the International University of Catalonia.

This time the question to discuss both for individual participants and teamswill be: 'Is the current system for the appointment of senior officials in the Judgeship posing some threat for judicial independence?'

The II National League of Legal Debate is sponsored by Legal y Económico (a legal, economic and auditing services provider) and by Mutualidad de la Abogacía; in collaboration with Wolters Kluwer and the fe d´erratas publishing house.

The jury will comprise relevant figures from the legal sector, coming from courts, companies and public administrations, including Adolfo Suárez Illana, ONTIER International President, and Agustín Azparren, Head of Mediation at ONTIER Oviedo.

In the last edition of the cup Lucía Aparicio Gil,  from the University Debate Club of Córdoba, was awarded 'Best University Legal Professional of Spain 2016.'