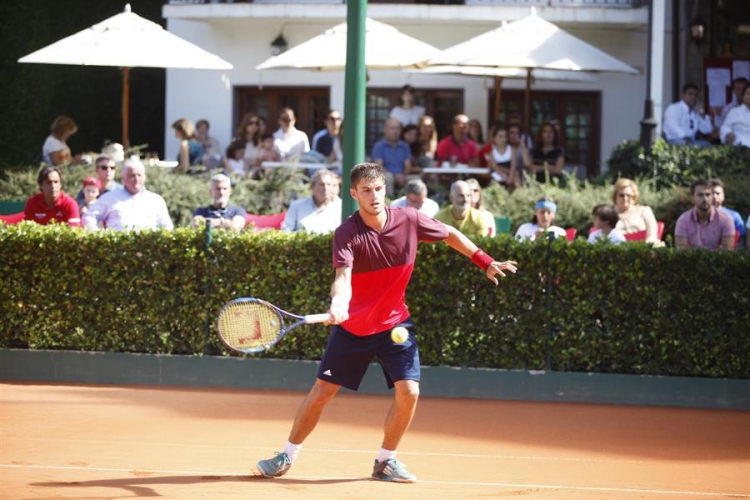 Spain
Last year the ONTIER Cup was held at Oviedo for the first time. Its an international tennis tournament holding its 83rd Edition this year, taking place the first week of September at the Oviedo Tennis Club.

'The Cup dates back to 1920. Many famous Spanish tennis players have joined the tournament over time, including Manuel Orantes, Juan Avendaño and Carlos Moyá' explains Eutimio Martínez, Managing Partner at ONTIER Oviedo.

According to Eutimio Martínez, the goal of this sponsorship is to connect the ONTIER brand to a prestigious sports event. First of all, we're talking about an official tournament organised together with the Royal Spanish Tennis Federation and the International Tennis Federation. Then, it's an international event, since the players come from different countries. It's also a prestigious event, since it was one of the first tennis tournaments ever organised. And last but not least, it's a young tournament taking part in the Men's Futures category. That means the cup takes part in a program aiming to launch the career of future talents in professional tennis, making it possible for them to obtain ATP scores (in order to enter the ranking of the Association of Tennis Professionals) and awarding them with prizes amounting to $25,000.

But the most important fact about the cup are the values it promotes: hard work, persistence and loyalty, all of them values that really fit the ONTIER philosophy.

The Mini ONTIER Cup, for little tennis players of under 12 years, takes place at the same time as the ONTIER Cup, which is a professional tennis cup taking part in the 'Futures' programme of the International Tennis Federation.

The main purpose of holding both competitions at the same time is getting the young stars to share a space with the players of the ONTIER Cup so that they can get inspired by them and keep on playing tennis. The Mini ONTIER Cup also makes it possible to find new young and promising tennis stars in their first years playing and help them become professional players.