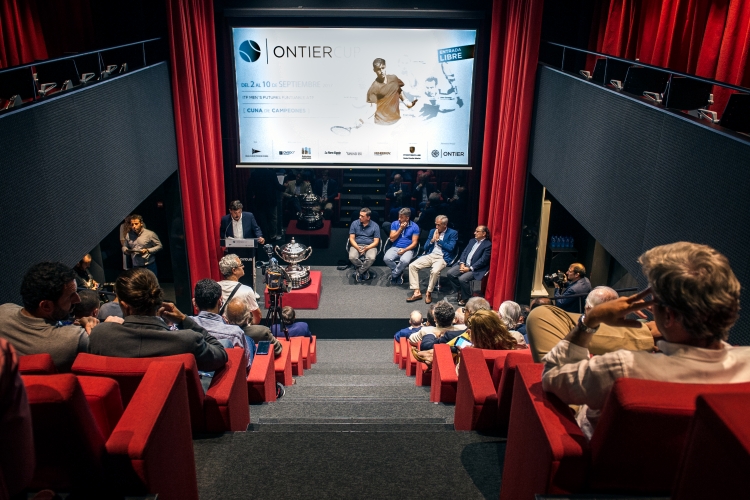 The ONTIER Cup was officially presented in Circus by Borja.

A Great Week for Tennis: The ONTIER CUP Is Back!

Spain
The ONTIER Cup was officially presented last week in Circus by Borja, in an event joined by Eutimio Martínez, Managing Partner at ONTIER Oviedo; José Luis Rodríguez del Valle, Director of the Cup; Antonio Retana, President of the Oviedo Tennis Club; Fernando Villacampa, City Counsellor for Sports at the Oviedo City Hall, and José Ramón Tuero, General Manager for Sports in the Principality of Asturias.

The ONTIER Cup is an international tennis tournament holding its 83rd Edition this year. It started last week on September 2nd and it will be held until Sunday, September 10th. This international tennis tournament aims to become a place for young future tennis stars to join the tennis world. This year players coming from nine different countries will be joining the games, including: Spain, the UK, Norway, Argentina, Italy, Brazil, Switzerland, Chile and Colombia.

This Oviedo-based tournament is part of the ITF Men's Circuit Championship, which makes it a platform to launch the careers of future tennis stars that can obtain up to 78 ATP scores (in order to enter the ranking of the Association of Tennis Professionals) for individual players and up to 116 ATP scores for players participating in doubles. The ONTIER Cup takes part in a category comprising three further tournaments in Spain, being the tournament that awards the most significant prizes (amounting to €25,000) and the largest quantity of ATP scores.

Furthermore, we're also sponsoring the junior category of the ONTIER Cup: the Mini ONTIER Cup, for little tennis players of under 12 years. Both competitions are held at the same time with the purpose of getting the young stars to share a space with the players of the ONTIER Cup so that they can get inspired by them and keep on playing tennis. Boys will compete in the beginners category and girls will compete in the young players category.

Two further highlights of the ONTIER Cup 2017 are the women's cup and the latest addition: the wheelchair tennis exhibition, which will make it possible for both the public and the children attending the cup to get to know this sport that tries to make it easier for people with disabilities to enjoy tennis, while promoting motivation, self-improvement and social integration.