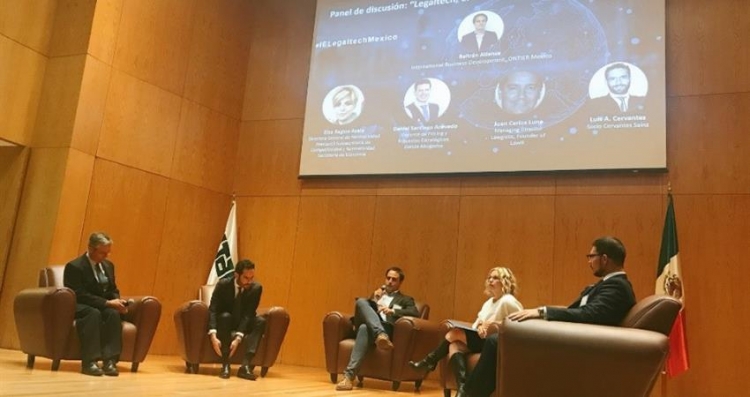 The third and final qualifying stage of the Legaltech Venture Days organised by IE University with the support of ONTIER was held in Mexico City on July 17. This event, attended by more than 100 people, was joined by Lorenzo Hernández, Partner at ONTIER Mexico, and Beltrán Atienza, International Business Developer.

During the opening speech, Lorenzo introduced ONTIER and highlighted its commitment to innovation and, more specifically, to the Law Schools Global League. Then Beltrán chaired a panel entitled 'Legaltech: the new paradigm of the legal sector', joined by representatives of large firms and the public sector.

This initiative provided the perfect framework for 6 legal startups to introduce themselves in society and compete for the prize of attending the grand final in Madrid. After the deliberation of a jury in which Lorenzo participated, the company chosen was Lucius Report.