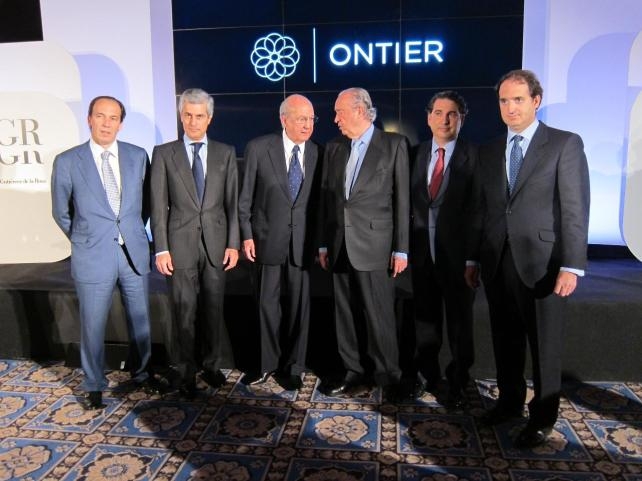 Suárez Illana presented in Oviedo ”Ontier´s Adventure”, a Global Firm at the service of Businesses

The event, held at the Hotel de la Reconquista of the capital, was chaired by Plácido Arango, president of the Royal Board of the Prado Museum and was attended by Ontier´s promoters and senior partners, Ramón Hermosilla and Bernardo Gutiérrez de la Roza.

Hermosilla has stated that it is 'an international global project', characterized by the 'independence, flexibility and openness' of offices situated at eleven capitals in Spain, Portugal, China, UK, Colombia, Mexico, Brazil, Venezuela, Bolivia and Paraguay, united by the Ontier brand.

Meanwhile, Gutiérrez de la Roza has justified the birth of Ontier on estimates which indicate that soon every other small business will operate in the international market.

Ontier´s President, Suárez Illana has justified its presentation in Asturias, where his grandparents originally came from, and which he described it as a 'difficult' land, 'entrepreneurial', and where many people had to emigrate to other continents looking for new opportunities.

Finally, after informing of their intention to expand the project to America, Africa and Southeast Asia, he has emphasized the importance of striving for excellence through 'loyalty, professionalism and commitment to the client', to whom we must provide remedies, but also, the added, 'confidence of a craftsman excited with his work'.

Ontier has a staff of 500 professionals with an average age of 45 years old, and provides legal services in all areas of law accross its fifteen offices operating in the world, one of these offices is located in Oviedo.

Some outstanding personalities attended the launch of the Fimr such as Judge Augustine Azparren; the President of the Asturian Federation of Employers (FADE), Severino Garcia Vigón; the President of the Asturian Confederation of Construction, Serafin Abilio; the deputy mayor of Oviedo and Gijón and Reinares Jaime Rafael Felgueroso mayor of Asturias Forum.